A musical instrument for astronauts

The Gravitone is the first Musical Instrument designed for Astronauts, which produces a sound that is influenced by gravity acting upon it’s pendulum element, therefore making each performance unique to varying gravity environments encountered during space travel or on other planets. It is meant to spark a more human-centered and culture-driven discussion about the forthcoming space age. 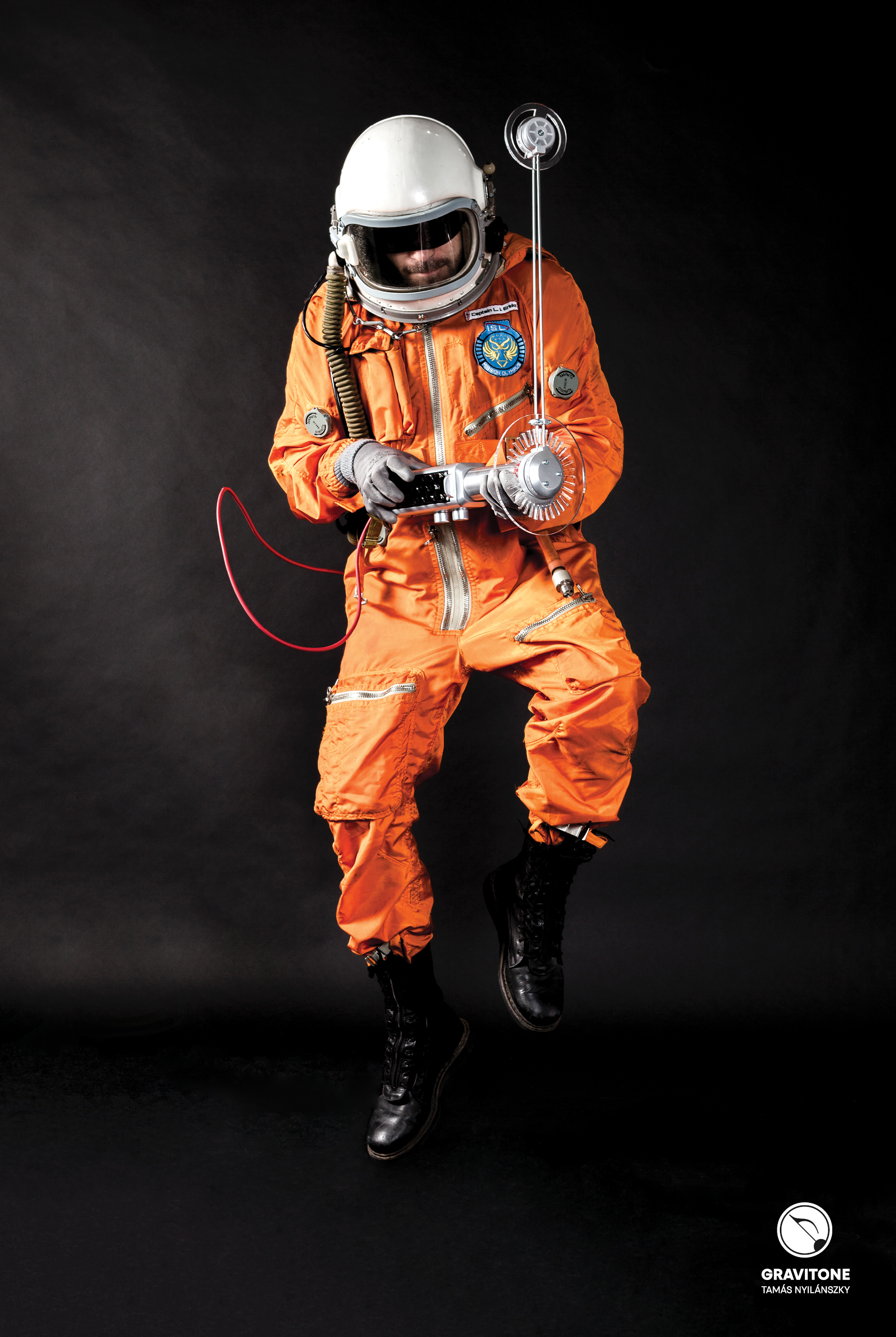 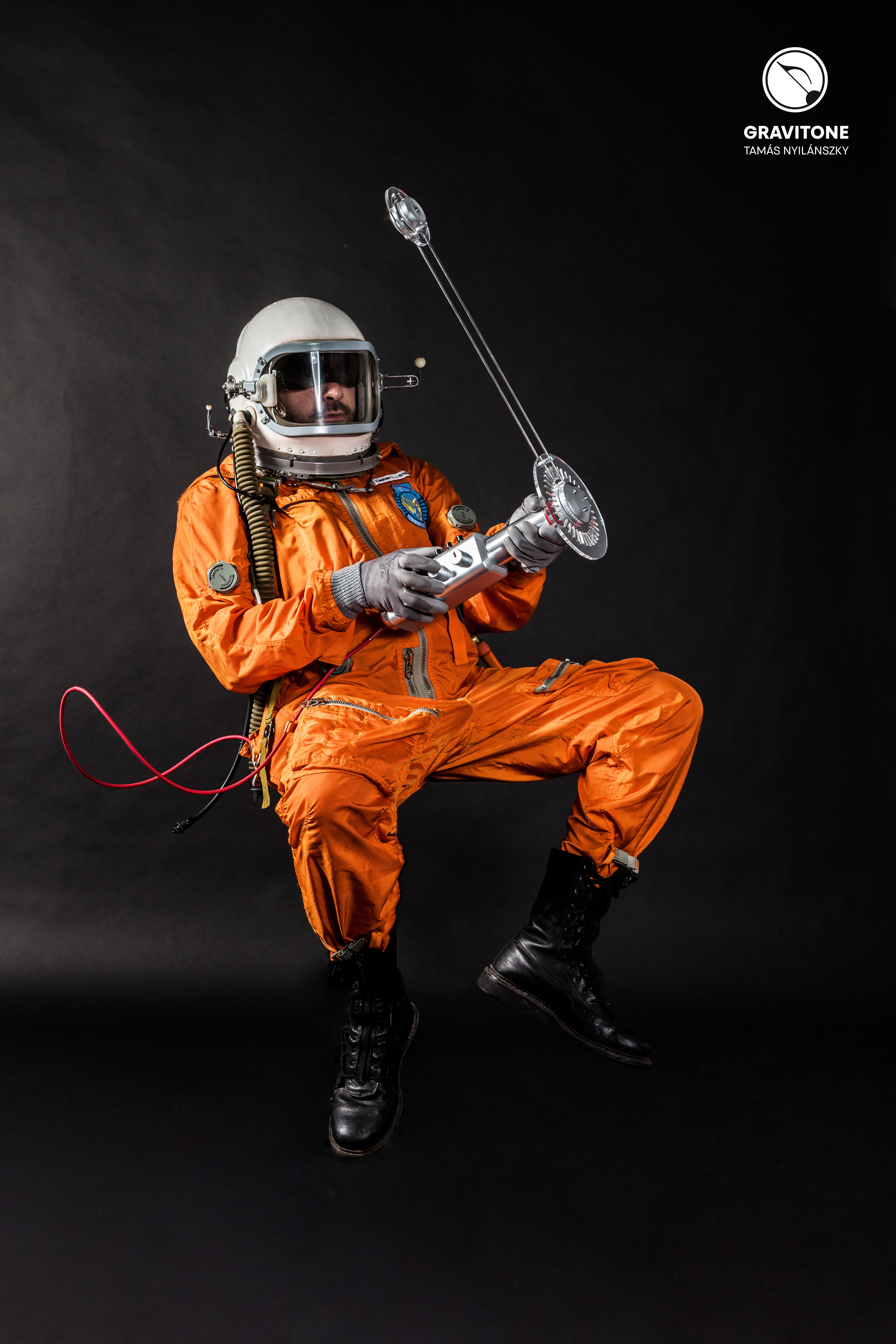 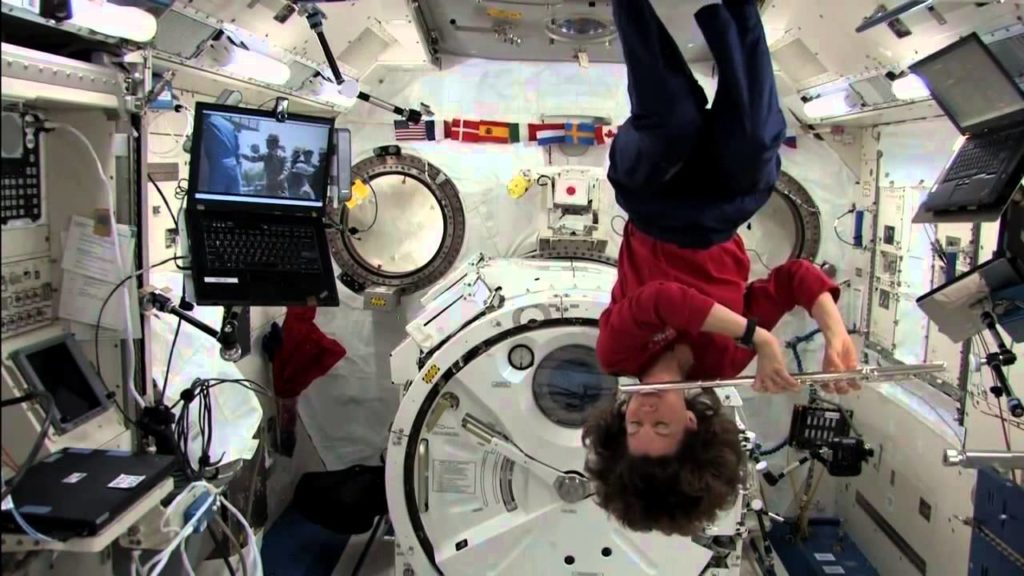 Fascination with space and science fiction lead to this design research project. We noticed that space exploration is – to no general surprise – very technical and driven by engineers, so we wanted to change that by designing a cultural instrument to bring along on long space journeys that would communicate emotions to us who were left behind wondering how they are doing, instead of “just” scientific data.

We are really not that far from sending people to mars which is a long stressful ride. We were interested in the psychology of astronauts and to find something that could communicate their mindset when hurling along in the vacuum of space for months only separated from certain death by the thin hull of their vessel.

Astronaut Carl Walz once lived on the International Space Station for 196 days–about six and a half months. That’s a long time. On long duration stints onboard the station, “you do have a fair amount of free time,” says Walz, “there’s many opportunities to take out an instrument and play. It’s a link to home,” says Walz.

We needed an instrument that would change its characteristics dependent on where (in space or possibly on another planet) it is played. One parameter that is changing throughout such a journey is gravity. Often when sending probes to other planets their job is to measure gravity, because it gives information about what the planet is made up of and how the mass is distributed in its layers. So we knew we wanted to incorporate gravity into the instrument.

Contrary to popular belief, Galileo Galilei made his famous gravity observations using a pendulum, not by dropping objects from the Leaning Tower of Pisa. This lead us to using a pendulum to affect the sound the instrument produces. Since the fixed length pendulum can be used to calculate gravity, it lends itself well to produce a unique soundscape that can only be achieved by playing the instrument with a certain amount of gravity affecting it. 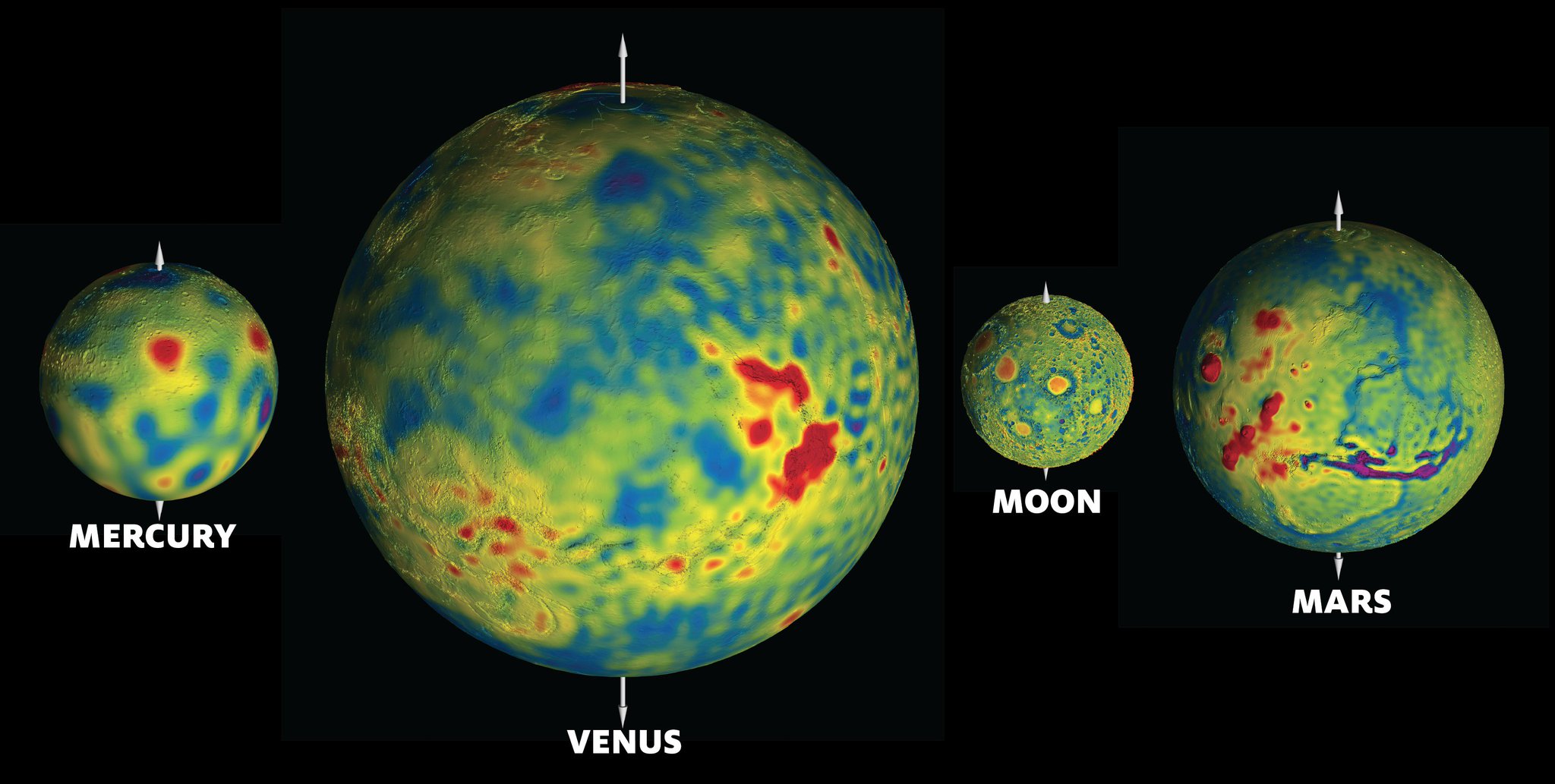 The design needed to be light and easily transportable because of payload restrictions, it needed to be playable even with gloves on and also by people who aren’t professional musicians. The pendulum needed to be integrated in a way that allowed for interaction but also for a 360° free rotation in zero gravity.

We decided on a synthesizer in an aluminum casing, with speakers and line output, one hand for the pendulum and one for the minimal large button keyboard similar to some accordions which can be pre-configured with sounds and scales. We decided on very functional and “engineered” aesthetics to fit the surroundings.

Underneath are some iterations, the final design is on the left. 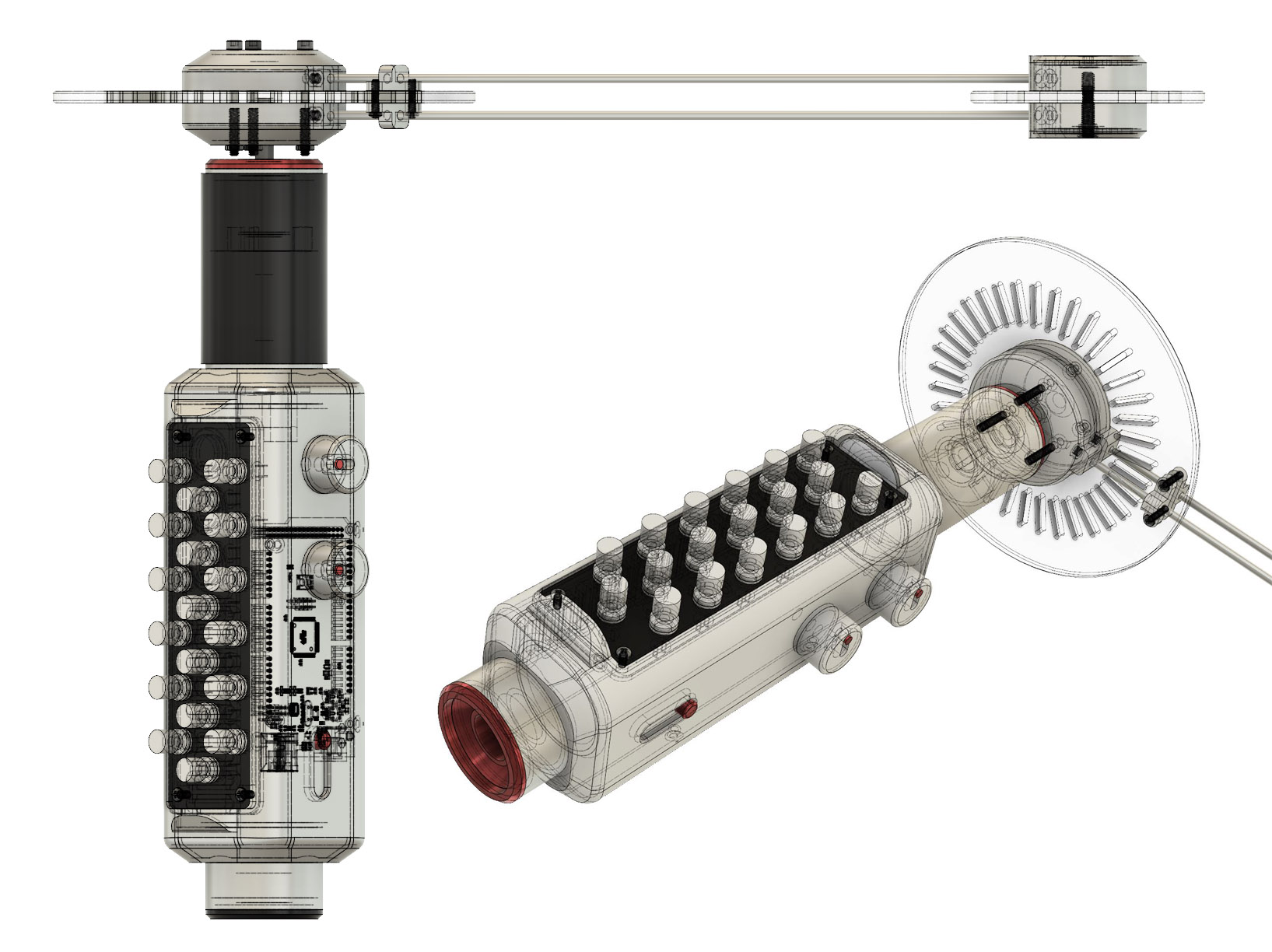 After playing around with the rough prototype setup on the left we decided on a few possible sounds. A pendulum is well suited for cutoff variations in sounds with long release times and for rhythmical beat patterns. On the device you can record a loop, change to the next sound, play over it, record it again etc. so we created one soundtrack as close as we imagine it working.

Built with love in Vienna, AT.